Please wait while the audio tracks are being loaded.

It appears there are not any audio playlists available to play.

The track url currently being played either does not exist or is not linked correctly.

Update your browser to a recent version or update your Flash plugin.

If we understand that a DJ’s responsibility is to entertain people with a good selection of music mixed smoothly with the best techniques, then Ralf M is one of those few real DJs still giving values to this profession.

His sets, full of energy, are influenced by the house and electronic music, known as a mix of all generes being played in Barcelona.

Most recently (until May 2018) was Official resident DJ of Buddha Bar (one of most importants venues in Dubai), combining this residence with Siddhata Lounge.

He also played as main DJ and artistic Director of Elephant Club (Barcelona), combined with his residence at the trendy nightclub Bling Bling (Barcelona) .

As founder, producer and  co-owner of DMS Recordings he has created many productions released by this label.
His tracks with partner Jimmy Andrews has reached the charts and top positions around the world, including the best clubs, radio stations and music shops. His production ” I´m Still Alive” was released in 4 countries (Spain, France, Italy and UK) and remixed by the best DJs and producers in Spain (more info).

Ralf was also teacher of new DJ technologies for 14 years at Plastic DJ Academy (Barcelona)
As a fan of new technologies he is also C.E.O and DJ Software designer for the company Download Music Shop.

Ralf  has gained solid recognition in the international house circuit and is now spinning in the best clubs around the world in cities such as:  Miami (Winter Music Conference), New York, Frankfurt and Rio de Janeiro (Buzios, Playboy 40 th anniversary of Playboy Brazil) to name a few. 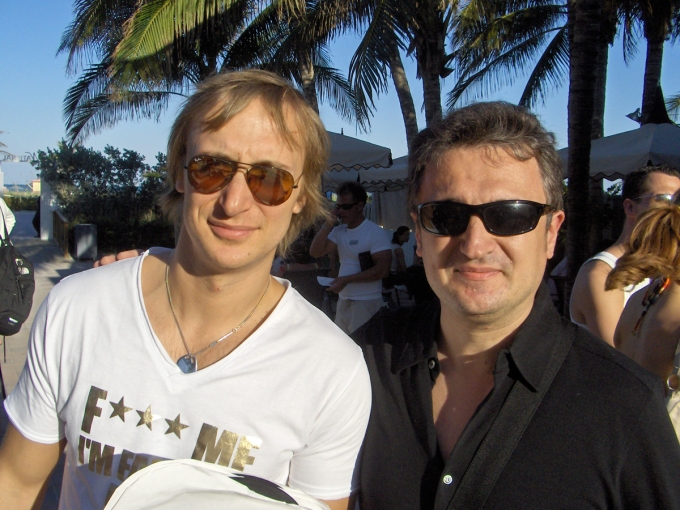 Ralf was DJ Numark´s official DJ in Spain for digital products (until 2004).

He collaborated also as writer of the chapter “Virtual Mixing” of “Yo DJ  II” (Merak Media).